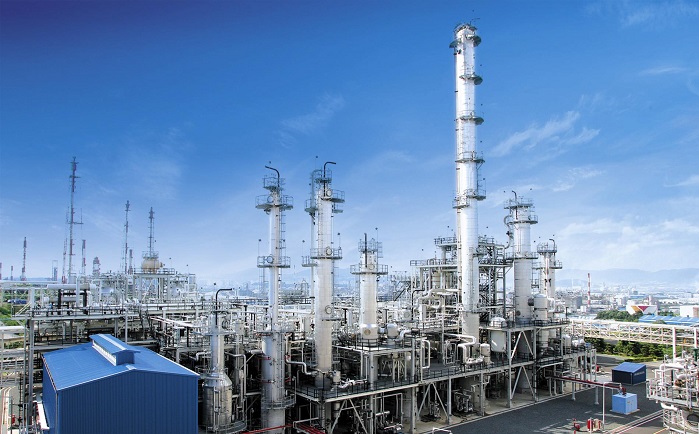 This photo provided by SKC Inc. shows its factory in the southern industrial city of Ulsan.

SEOUL, June 3 (Korea Bizwire) — SKC Co., a film and chemical materials company of South Korean conglomerate SK Group, said it was considering selling its polyester (PET) film business in what could be a bid to bolster its materials drive. for batteries and other environmentally friendly sectors.

The proposed sale of the PET film business is one of several options being discussed with Hahn & Company, a Seoul-based private equity fund, although no decision has yet been made on whether to hold of a board meeting, SKC said in a regulatory filing Thursday.

Still, people familiar with the matter said SKC could hold a board meeting as early as next week to finalize the decision and plans to sign the deal with the private equity fund for about 1.6 trillion won. ($1.28 billion).

The sale, if confirmed, would mark a major break with the flagship business in which SKC is rooted.

SKC started as the first PET film developer in South Korea in 1977, becoming the fourth in the world in 1980 to develop color video tapes after the United States, Germany and Japan.

It has expanded its business into various types of films, from optics, packaging and display to semiconductors and solar cells.

But the potential sale of the PET film division has been the subject of speculation for months, as SKC reorganizes its activities to focus more on battery components and other advanced materials, in particular the copper foil used in lithium-ion batteries for electric vehicles.

SKC is expected to use the proceeds from the sale to expand the copper foil production facilities. SKC announced in November that it would spend 900 billion won to build a battery copper foil factory in Poland, aiming to produce 50,000 tons a year.